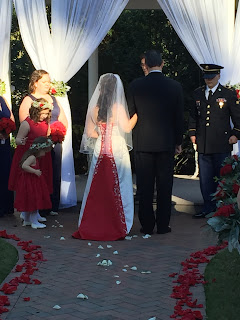 Operation Marry Me Military are groups of various wedding professionals throughout the state of North Carolina who unite for one reason.... to give a deserving military couple the wedding of their dreams. Alecia Davis-Geddings of Oak Island Photography & Weddings in Oak Island, NC, founded this program in 2011.  Since then, OMMM has married over 17 couples totaling nearly $600,000 in donated goods and services throughout North Carolina. This isn’t about exposure or advertising for a business; it is about giving back to a selfless individual who puts their lives on the line daily for our freedom. As a venue, Alexander Homestead was honored and humbled to be a part of this program for the 2015 Operation Marry Me Military wedding on November 11 for Kathleen and Brad Mecklenburg.

Brad and Kathleen met December 31, 2011 when they were introduced by Brad’s brother, Robert. Fast forward to August 28, 2014  and there love story led to the moment of Brad popping the question on the beautiful South Port beach. 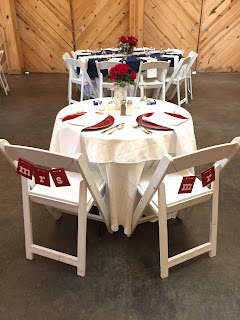 Brad is in the ARMY Reserves and did an 18 month tour in Afghanistan as a cargo specialist and diesel mechanic. He worked on any kind of equipment that needed fixing for our troops. If it was broken down, Brad fixed it. Brad has a 3 year old daughter named Elizabeth (aka Diva), who is the cutest little girl ever and loves her daddy so much.

Kathleen works 24 hour shifts as an EMT in Connelly Springs, North Carolina and has 2 handsome sons, Austin who is 15 and Joseph who is 11 years old.

Brad and Kathleen originally planned to get married in 2016, but when Brad’s sister, Danielle, told Kathleen about Operation Marry Me Military and told her to apply, Kathleen was hesitant. She told Danielle “…but I NEVER win anything”. Danielle kept encouraging Kathleen to apply, and with the deadline rapidly approaching, Kathleen waited until the last minute to submit her application. Still not convinced that anything would come of applying, Kathleen still waited for the winners to be announced. On August 17, 2015, during a 24 hour shift the call came in from Alicia that their application had won! 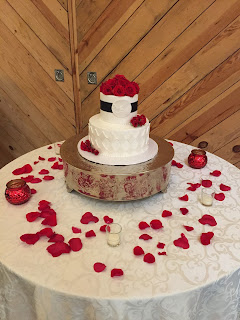 Kathleen and Brad were connected with Heidi Crowder who began the process of planning their dream wedding. The venue was chosen and Kathleen said that when she pulled into the gates of Alexander Homestead she was shocked and overwhelmed at the beauty of the venue. She described it as breathtaking, like a dream.  After meeting with a team at the venue, which consisted of a venue coordinator, florist, and DJ, the day started to take shape. Since we are an all-inclusive venue, we were able to have our creative team provide their services for the wedding. Everything from hair and makeup to videography and s’mores bar was provided for the wedding. There were over 23 vendors involved in the wedding, just to name a few: Alexander Homestead Weddings, Heidi Crowder Wedding Designs, Carolina Portrait Designs, CPD Films, Remarkable Receptions, Musically Yours NC, Rev. Jim Lytle, Ordained Pastor, Erin Ashley Makeup, Pink Petunia Designs, Nona's Sweets Bakery Cafe ("Dolci alla Nona"), SugarPop's, Holiday Inn Charlotte University, Davis Designs, Smart Choice Catering, and Bill Bickers and Erica Childers, who donated over $30,000 worth of goods and services for Kathleen and Brad’s special day!

The day we have all been waiting for finally arrives!!!!! At 9AM, Kathleen and her bridesmaids get out of the shuttle and start the process of preparing for the wedding. Flowers, cake, decorations, photographers, videographers and musicians get in place as the anticipation builds. At 2PM Brad and his groomsmen arrive dressed in their military uniforms and begin to prepare to start the ceremony for 50 guests in the beautiful gardens of our venue! 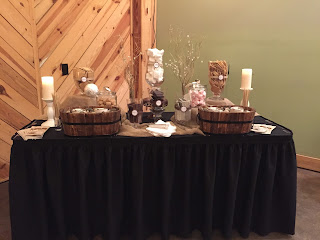 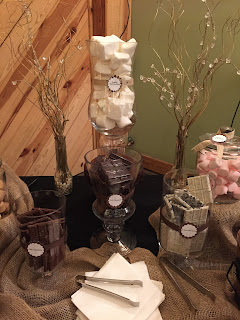 After the wedding, the reception begins with a buffet dinner and dancing. Guests were treated to a photo booth and a s’mores buffet. Brad and Kathleen were sent off with glow sticks and flags and driven off in a 57 Chevy convertible to their new life together! Thank you to all of our service men we appreciate YOU! 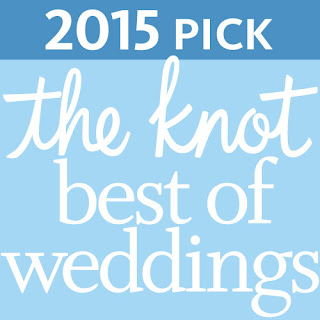